The new 17th and 18th holes at Wetherby Golf Club have now opened for play, designed by Gaunt Golf Design and built by NLS Contracts Ltd. This has enabled the course to have a dramatic par-5 finishing hole in close proximity to the clubhouse, with a view from the terrace stretching from green to tee.

The project is the final stage of a project which started in the early 2000’s, when the club acquired some additional land and redesigned six holes of the golf course alongside the River Wharfe. These holes were reasonably well received, but the new course layout seemed slightly ‘unfinished’ – as it left golfers playing the 18th hole to the old first green, about 250 yards from the clubhouse, which didn’t give the kind of quality golfing experience that this highly regarded Yorkshire club felt it should offer. Since 2010, the club has been successful in recruiting new members and has consistently generated more income than it has spent, so the club’s green committee felt it could afford to look again at the 17th hole and, more importantly, the 18th hole, and brought in Jonathan to advise.

The new holes have been designed to be both very memorable and full of challenging features. When the plans were presented to the club members in December 2015 they were overwhelmingly approved. The new 17th hole is a par 3 of around 150 yards (185 yards from the new back tee on top of the old railway embankment), playing over a new wetland feature to an elevated and undulating green, protected by two deep bunkers on the right flank.

One of the issues that had to be faced in the project was the old railway embankment that runs through the club’s property. With the old 17th hole there was a walk back to the tees of 100 yards, which was not ideal. Now, the flow is much more natural and the path through the embankment from the 16th green is a more appealing walk. The new hole is a strong one, with plenty of teeing options – and the big, undulating green gives the greenkeeper plenty of pin locations for spreading wear and for varying difficulties in playing terms, too.

The new 18th hole is a par 5 of 550 yards and it meanders down a valley along the side of the railway embankment to an amphitheatre-style green, 40 yards in front of the clubhouse. This is something the club had always wanted to achieve since the new holes had been built in the early 2000’s.

The new 18th hole will give the course a much more satisfying and high-quality finishing experience. There’s a good variety of hazards on the hole too, ideal for the 18th – with a pond around driving distance, and a stream that cuts across the fairway at an oblique angle. A break was created in the railway embankment to provide new dramatic views of the 1st hole from the clubhouse, which has been an added bonus of the imaginative design. 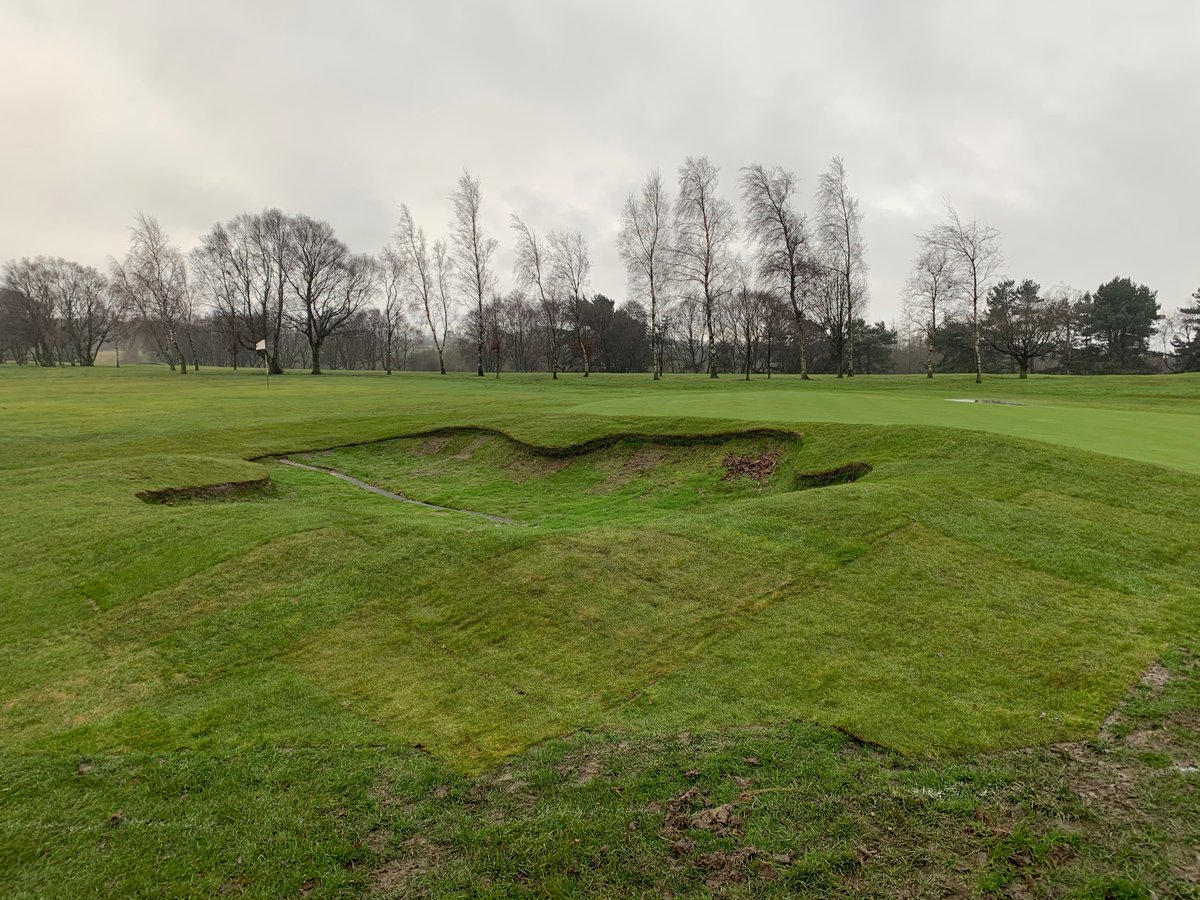